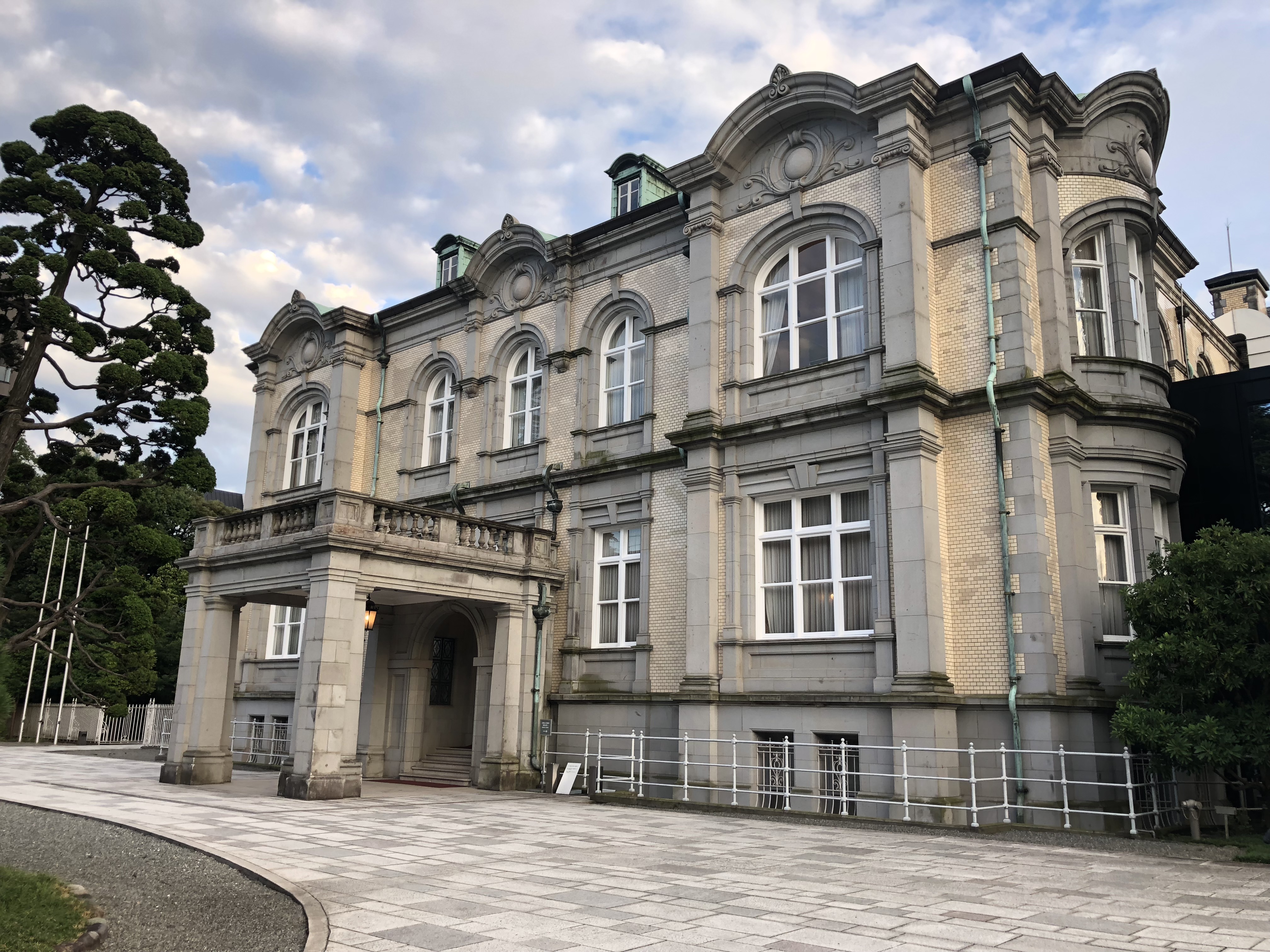 West meets east.  It was a century-old story of Japanese history.  The western-style architecture started flowing into Japan in late 19th century.  That was the time when the Japanese government system changed dramatically.  During the course of the cultural change, the new government encouraged to adopt western style and western system.  To promote the change, the government hired many oversea advisors.  They were the people who helped west meet east.

Such oversea advisors came to Japan from various countries.  And they dedicated to transfer the knowledge and technology to Japan in the field such as education, legal system, art, medicine, civil engineering, architecture, military and so on.

Josiah Conder was one of such oversea advisors in architecture.  He designed a number of architecture in Japan some of which still remain today.  But he not only introduced western-style buildings to Japan but he also contributed to educate young architects in University of Tokyo.  His apprentices included Kingo Tatsuno who built Tokyo Station.

Recently, I had an opportunity to visit one of them – Tsunamachi Mitsui Club.  It was built in 1913 as a guest house of Mitsui family-run conglomerates.  Luckily it escaped from the bombings during the war-time and now it is a member-only club of Mitsui Group.

Main Building of Tsunamachi Mitsui Club Facing the Back Garden

Main building viewing from the garden

The stained glass on the ceiling is the exactly same as the one in over 100 years ago.

West Meets East on the Fireplaces

Mitsui Club receives dinner parties and receptions if there are recommendations from the members of Mitsui Group.  When I visited there, one room was prepared for the dinner meeting.  The table setting was itself beautiful.  But what was interesting more was the details of the furniture there.

Japanese drum carved on the frame of the fireplace

Noh Mask on the frame of the fireplace

Noh Mask on the frame of the fireplace

There were fireplaces in the room which look the ordinary fireplaces.  But when I came closer, I found the remarkable carvings on the frames.  And they represented the Japanese culture – Noh Masks and Japanese traditional musical instruments.  West met East about 100 years ago and they created the harmony.

The Only Japanese Room

Almost all the rooms in Mitsui Club are western style.  But Conder reserved one Japanese room.

the Only Japanese-Style Room in Tsunamachi Mitsui Club

Well, I was told that this was the only Japanese room but there were lots of chairs which were definitely western-style.  Anyway, the object at the end of the room is a home shrine which is of course Japanese.

This room seemed to receive the Emperor.  Since the Imperial family especially the Emperor was in the highest rank, the wall paper in the room has golden clouds.  Because people regarded the Emperor as a person in the high place such as over the clouds.

After the World War II, General Headquarters occupied Japan and they condemned properties throughout Japan for their use.  Mitsui Club was also occupied by Americans and was used as Officers Club.  It is said that General Douglas MacArthur loved this room.

West Meets East in the Garden

The garden spreads right after you go out of the main building.  The moment you look, you can see that it is a typical English garden.  At this time, many kinds of red, pink, purple and blue flowers were full in bloom.

Main building viewing from the garden

Behind the English garden, there were steps and farther down the steps spreads the Japanese garden.

Walking or Biking: There is a dress code to use this property.  Therefore, this is not a part of the walking and biking route.

Near from Here: You can walk to Tokyo Tower and Zojo-ji Temple. 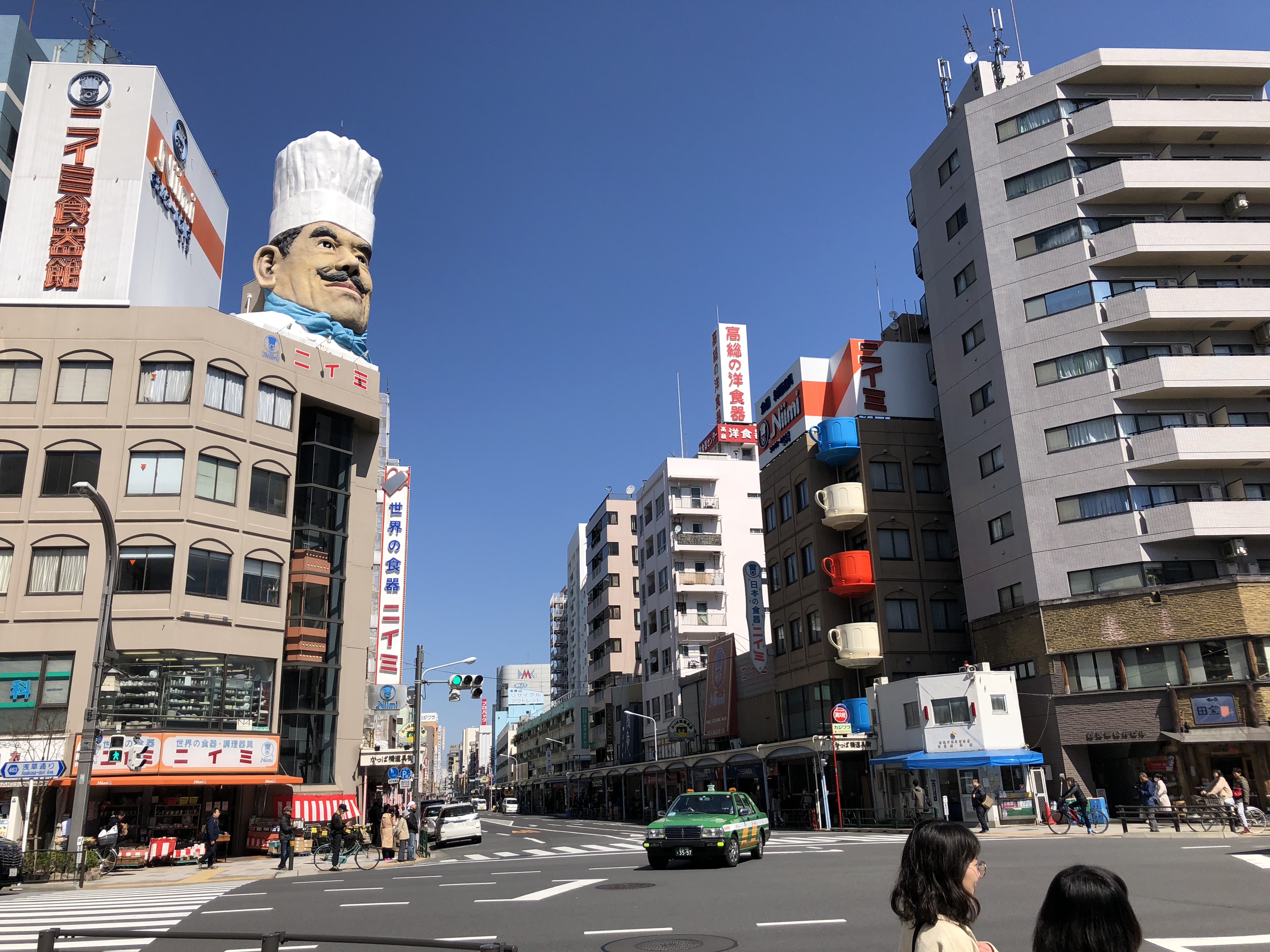 Sometimes, Japanese shops have unique facade.  I would like to show them to you whenever I found one. Today, let me present you the examples I saw recently. Facade 1: A Carpenter on the Roof The first one is the roof of the office of a construction company Takachiho Construction ...

Some old towns in Japan still maintain the traditional townscape of old Japanese houses along the street.  Nonoichi City is one of such towns.  But where is Nonoichi?  Perhaps, many people even in Japan don’t know this town.  This city locates next to Kanazawa City and it actually became prosperous ...