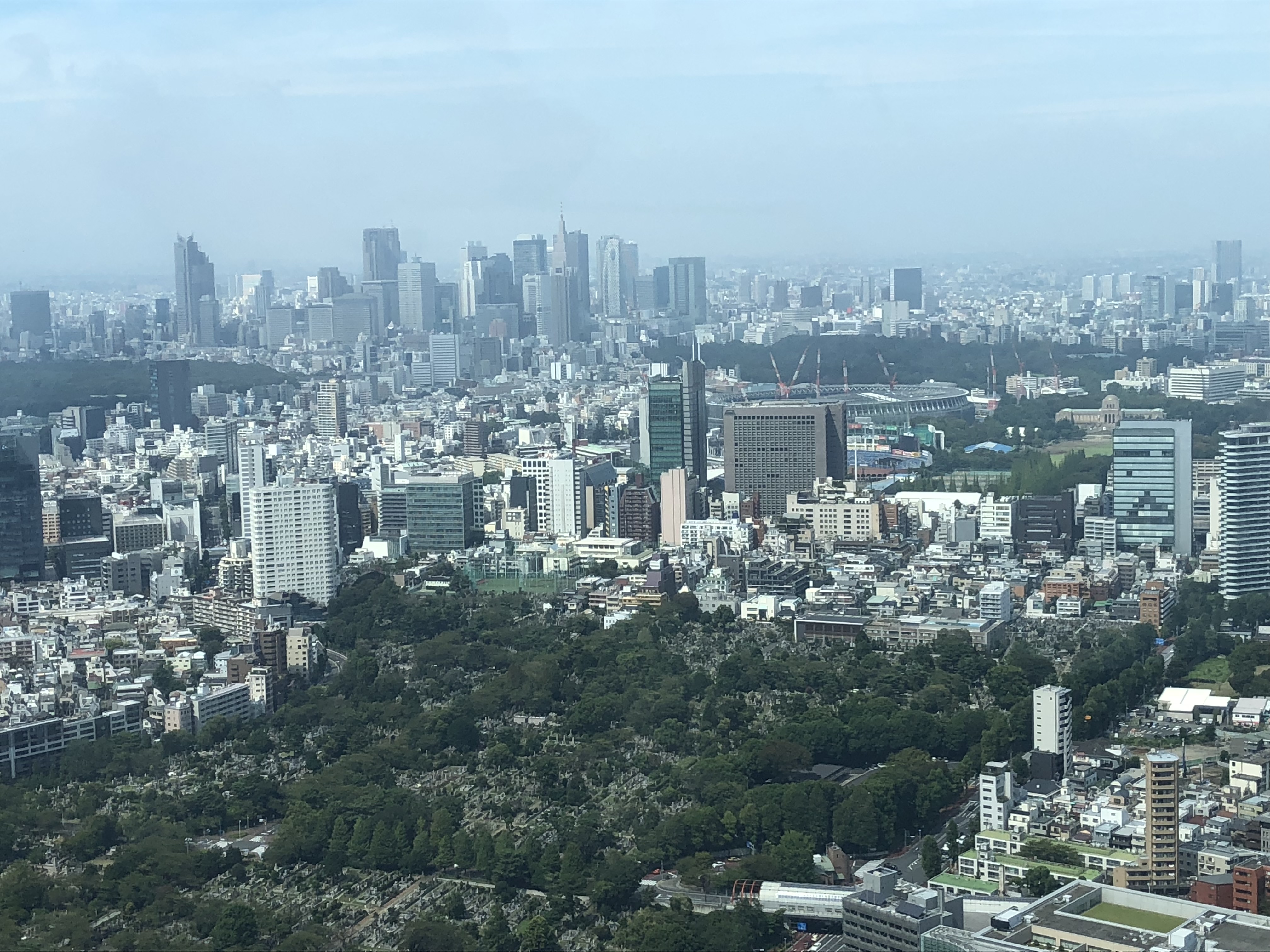 Viewing Tokyo from Roppongi Hills is marvelous.  You can enjoy a stunning view from the top of Mori Tower there.

Roppongi has a lot to offer from shopping complexes of Roppongi Hills and Tokyo Midtown to museums, from a wide variety of restaurants to hip clubs and bars where oversea visitors gather.  So there will be a lot of opportunities to go to this energetic area.  And if you have a chance to visit Roppongi, go up to 52nd floor of Roppongi Hills to have a great view of Tokyo.  There are two observation decks in Roppongi Hills.  One is Tokyo City View on 52nd floor.

If you buy a ticket of Mori Museum which is also on the 52nd floor, you can go to Tokyo City View and have a magnificient view of Tokyo.  A museum ticket costs ¥1,800 for adult.  And if you pay additional ¥500, you can go up to the Sky Deck where you can go outside and enjoy viewing Tokyo.

Let me show you what you can see at Tokyo City View.

There are many greener cities in the world but still, viewing Tokyo can assure you that Tokyo has many greens.

Yoyogi Park with National Stadium for Olympics under construction

For example, a large patch of green extending in the back is Yoyogi Park.  Just in front of Yoyogi Park, you may notice a stadium under construction with several cranes stretching out to the air.  That is National Stadium for Tokyo Olympics in 2020.

And on the right of Olympic Stadium, there is a western-style brick building.  That is Meiji Memorial Picture Gallery.  It was built in 1926 and the gallery has a collection of paintings described the historical incidents during Meiji Era of late 19th century and early 20th century.

Next, I found State Guest House also known as Akasaka Palace in the middle of the green.  The green area is the property of Royal Family.  The Guest House was built in 1909 as a residence of the Crown Prince and was turned into a guest house in 1974.  It is open to the public when there is no state visit or official events.

Shinjuku Skyscrapers in the far end with the green of Yoyogi Park in the far right and another green of Aoyama Cemetery in front.

You cannot miss a large green area in front.  That is Aoyama Cemetery.  This is a cemetery where there are many tombs of politicians including former prime ministers, famous academics, Kabuki players, actors, writers, and so on.  This is one of the famous viewing spots of cherry blossoms, too.

I found an interesting-looking group of cubic buildings.  I googled and learned that these are called Temple Town Houses and they are the residences for the members of US embassy in Tokyo.

Since usually the access to Temple Town Houses is limited, you can only view from the high above.

The ticket of Tokyo City View is combined with an exhibition ticket of Mori Museum.  So check out what they have now at the museum.

Some old towns in Japan still maintain the traditional townscape of old Japanese houses along the street.  Nonoichi City is one of such towns.  But where is Nonoichi?  Perhaps, many people even in Japan don’t know this town.  This city locates next to Kanazawa City and it actually became prosperous ... 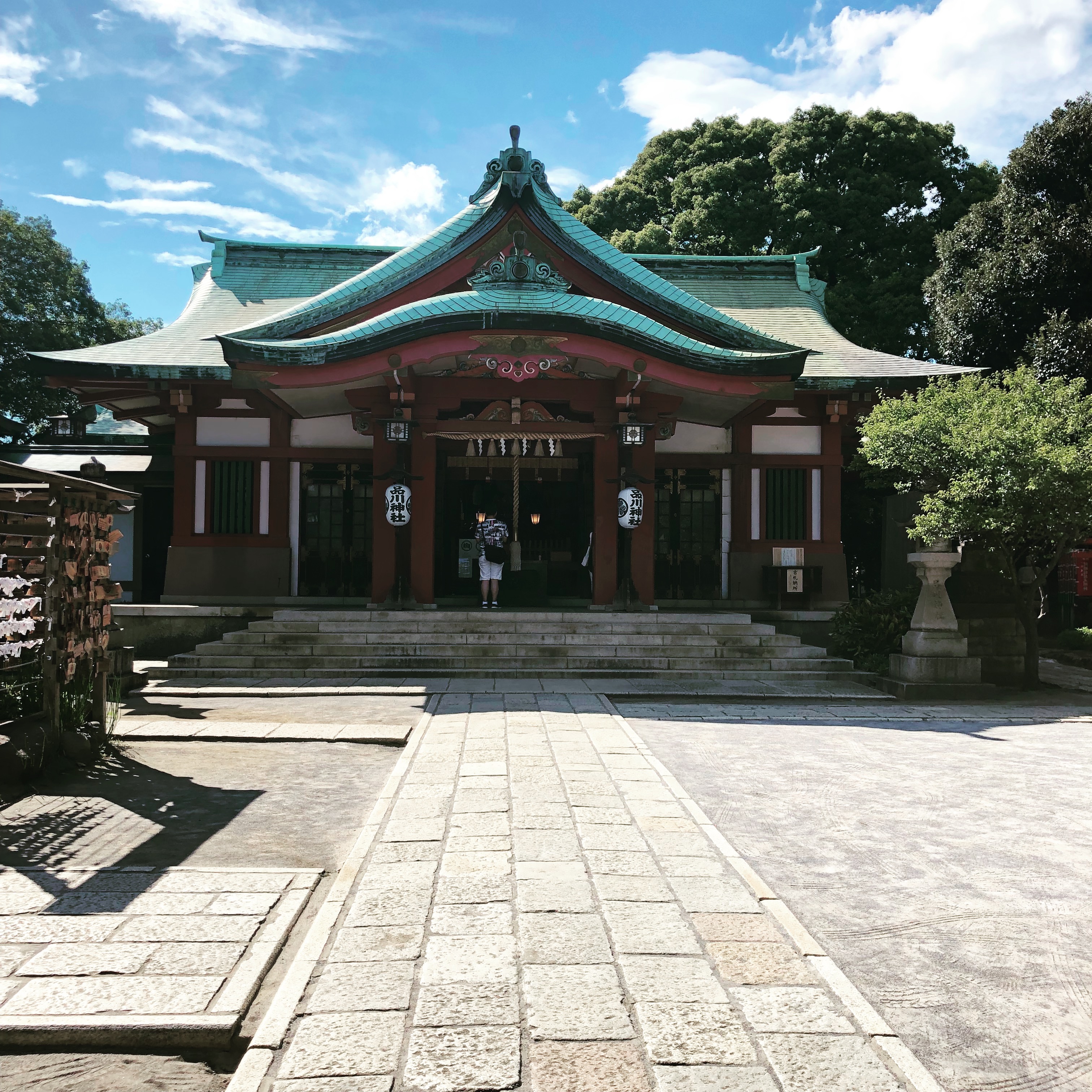