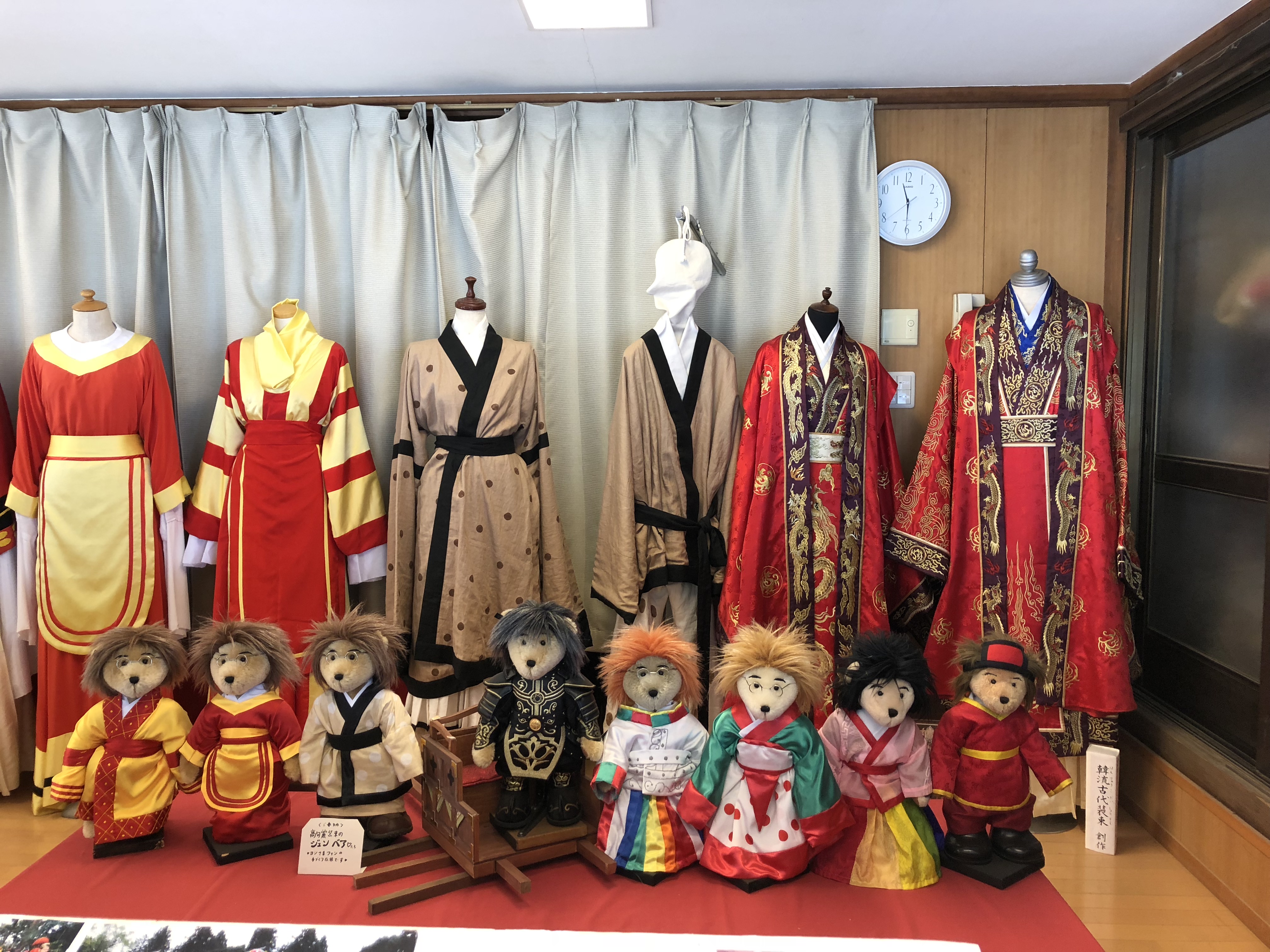 Hidaka City in Saitama Prefecture has a wonderful flower field of Red Spider Lilies.  The details are in my previous posting.  This is also a place to feel Korea in Japan.  This is because people immigrated to this place from Korean Peninsula about 1,300 years ago.  Right after you get off the train at Koma Station of Seibu Line, it’s like visiting Korea in Japan.  In front of the station, there are two totem-pole like pillars.  They are Jangseung.

Jangseung is a kind of a guardian for Korean people.  It is usually made of wood but there are stone-made Jangseung, too.  And at the entrance of Koma Station stood two Jangseung poles.  Korean culture is living in Japan.

There are two poles called Jangseung at the entrance of Koma Station.

There are Jangseung in many places in Koma area.  For example, I found them in Shoden-in Temple.

This temple was said to be built in 751 as a family temple of Koma-no-Konikishi Jakko who came to Japan from Korea.  He was from a ruling family of Kokuri, an ancient kingdom in Korean Peninsula.  “Kokuri” is based on the pronunciation in Japanese.  In English, this kingdom is called as “Koguryo”.  By early 8th Century, there were already more than one thousand people from Koguryo living in Eastern area in Japan.  It was said that Jakko gathered 1,799 people and brought them to Saitama and made Koma County.  Koma (高麗) was named after Kokuri (高句麗) or Koguryo.

Jakko governed this area and after he died, his son established Shoden-in Temple and buried Jakko here.  There is a mausoleum of Jakko on the right of the main gate of the temple.  This is another Korea in Japan.

The main building of the temple was recently refurbished in 2000.

In front of the main hall extends the wide view of the area.

If you are lucky, you can see Mt. Fuji from here.

I found Jangseung again in Koma Jinja Shrine.  Jakko died in Koma in 8th Century and after that, this shrine was established and Jakko was enshrined.

By Keihin Nike – Photo by the poster, GFDL-no-disclaimers, Link

Inside the shrine, there is Koma Family residence with thatched roof which was built around 17th Century.  Since there is a close relationship between the shrine and Korea, Korean costumes were exhibited.  Again, you will feel Korea in Japan.