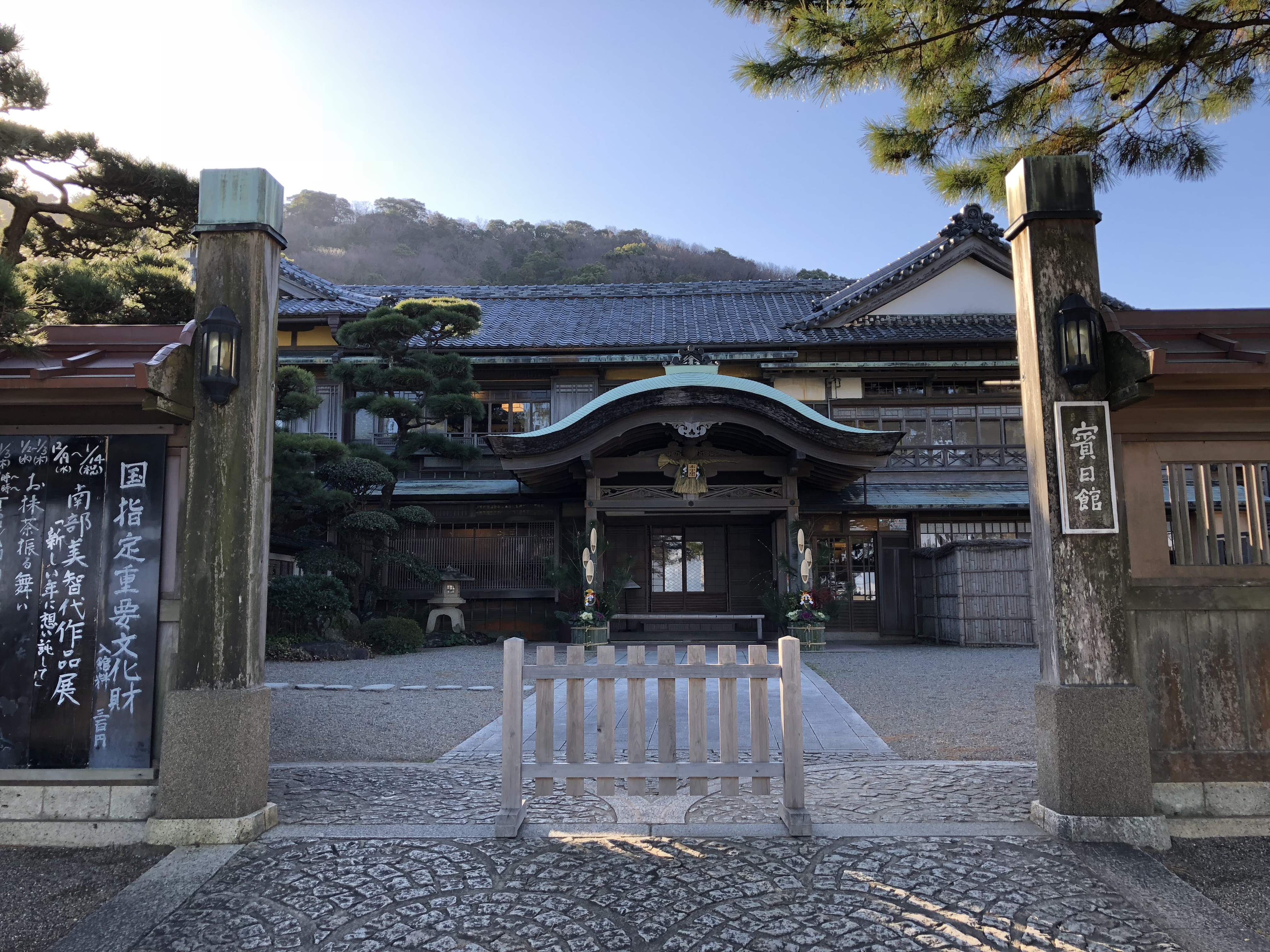 Japanese pilgrimage is the origin of tourism in Japan.  Japanese inn is a hotel for pilgrims and famous and popular shrines in Japan usually have many inns nearby.  The most popular destination for pilgrimage was Ise Shrine in Mie Prefecture.  If you travel to Ise, you will find many old Japanese inns.  Hinjitsu-kan Inn is one of those old Japanese inns built for shrine-goers.

Futamicho where Hinjitsu-kan stands is a sea-side town.  The famous sightseeing spot is Meoto Iwa rocks which literally means “husband & wife rocks”.  They are sacred rocks of Futami Okitama Shrine.  The sea water where the rocks locate is the entrance of Ise Bay which connects to the Pacific Ocean.

These rocks have been historically famous and Ukiyoe painter Hiroshima Utagawa also drew them.

The shrine itself is at the other side of the path by the seaside.

Just across the road in front of the sea, there are several old Japanese inns.  Hinjitsu-kan Inn was built in 1887 and since then, it had accommodated many pilgrims to Ise Shrine including Royal Family.  It served as an inn until 1999 and after that, it was converted into a museum.

The typical feature of Japanese inn in this era is a big hall with tatami mattress.  Hundreds of tourists used to gather in such a hall for their dinner.  Sometimes they had performances on the stage.  Interestingly, the lights in the hall were chandeliers.  The architecture in the late 19th century and early 20th century often has western-taste.

Hinjitsu-kan Inn has a Japanese-style garden.  You can see that the pin trees are trimmed in a traditional way.

When we visited there, they exhibited Japanese dolls.  Another tradition.

From Futami-no-ura Station, it is about 20-25 min walk to Futami Okitama Jinja and Hinjitsu-kan Inn.